Embroidery is one of Vietnam’s most important crafts. It came to Vietnam from China but with time developed its own style and tradition. In the beginning the Vietnamese used embroidery to add quotations from devotional works to pagoda curtains and to embellish ceremonial clothes. By the 17th century the art was concentrated in the Hue area. Motifs and symbols were sewn on to costumes for the emperor and his royal family with themes bases on mythology and scenes from nature. 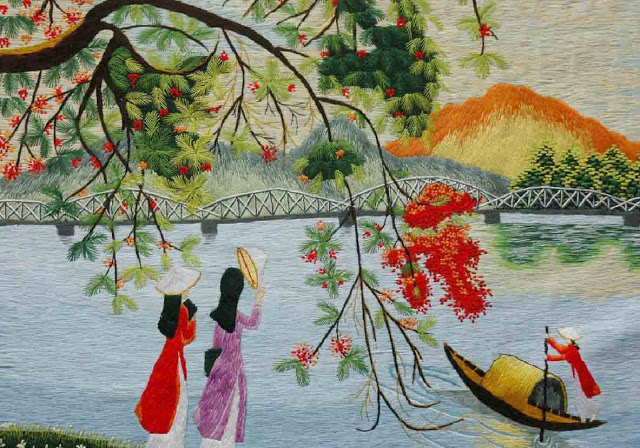 If you want to bring a meaningful and beautiful souvenir from Vietnam think about buying an embroidered picture. They are rather costly but one doesn’t expect a piece of art to be cheap and those embroideries are indeed works of art. There are many motifs to choose from: animals and still life, landscapes and Vietnamese countryside, portraits and flowers. 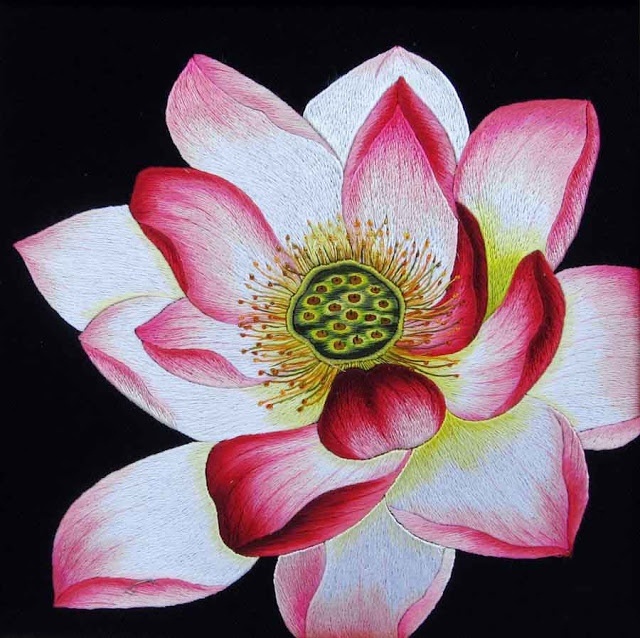 Though simple in conception, the satin stitch embroidery requires much patient skill to keep the design even with a well-defined edge. That’s why the practice of stitching by young girls was considered to be character forming. Satin stitch produces a precise, shiny, silken effect which is replicated on the reverse. It gives a shaded and naturalistic look especially to butterflies, birds, animal fur, flowers and foliage.
Designs are drawn by an artist on to paper. Next, the pencilled outlines are pricked with a needle. Then the pricked drawing is laid on top of the background fabric and a powdered dye is rubbed through the holes to transfer the design. 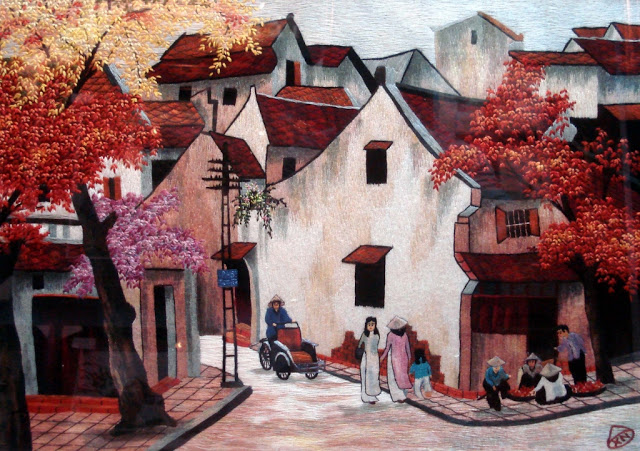 The fabric is stretched and laced into horizontal frames and up to four embroiderers may work on the same piece. They have to be not only higly skilled in needle work but have “the eye” and artistic talent as well to carefully select each thread they use to create the most naturalistic and interesting effect. Sometimes there are up to 500 different types and colours of thread incorporated into one embroidery. The average embroidered picture takes up to three months to make but very large ones can take a year or more.