In Vietnam, embroidery work is a handcraft that existed long time in the past. The history of this traditional work connected closely with the spiritual history of the Vietnamese women in the past.
From the first century, beside the flag embroidered “to requite country’s debt and home’s revenge” by the rising up in arms of Hai Ba Trung, women of Vietnam also embroider in order to decorate the house, move over to show the confidence, sentiment and to make beautiful for themselves.

Worked completely by hand, each embroidery painting is intricately stitched using select strands of silk or cotton thread in coordinated colors and hues reflective of the scene being depicted.

The legend said that, from the beginning of the century 17, the embroidery of Vietnam had marked a turning-point of development. At that time, Mr. Le Cong Hanh (born on 18/01/1606- died on 12/06/1661) lived at Quat Dong hamlet, Quat Dong village, Thuong Tin Dist., Ha Tay province had collected experience and technique of folk embroidery art of Vietnam to disseminate widely the handicraft art. 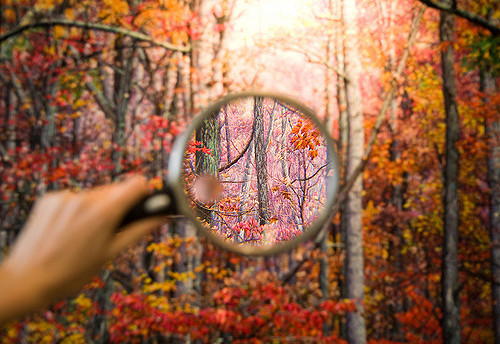 Viewed from a distance, our Vietnamese silk “embroidery paintings” are often easily mistaken for the handiwork of an artist’s brush magically blending raw color into a timeless masterpiece. But up close, the eye feasts on the intricate density of thousands of silk strands exquisitely embroidered on cloth in such a way that the detail in the hand work rivals the detail of the imagery itself.

However, up to now, nobody knows the embroidery work of Vietnam that created from which period. Who is the first person created and change the normal sewing work to be an embroidery art?

Material used for embroidery at the time included natural dyes, such as : “ Tinctorial yam, Indigal plant, Indian almond pod, paletuvier water, leaves of phrynium, grinstone, multicolored stone…”. Many foreigners have admired Vietnamese embroidery : ”In seeing the dyes that looked dirty and ugly, it was quite amazing the tranformation after the tinting process was complete. ”

Traditionally, the art of embroidery had been done by Vietnamese women according to Confucianist concept that Vietnamese have to have four virtues ; “labour, appearance, speech and behaviour.”As ourancestors often said :

“MEN READ BOOKS AND DECLARE POEMS.
WOMEN HAVE TO DO EMBROIDERY AND SEWING.”

Almost women know how to embroider; however, concentration and professional character for long time started in Hue, when the regime of Nguyen King constructed at Hue, Mrs. Hoang Thi Cuc, mother of King Bao Dai, she accompanied with Nam Phuong Queen coordinated the advantages of embroidery technique of Europe with genius of Asia to establish embroidery work to become an embroidery art of the Imperial palace, related to charming, fine, detailed characters of the Hue women.
Gabrielle, a female French scholar specializing in the studing of Orieltal Cultures, wrote “In many place, people have transmitted, through genneration , an extraordinary art, which was to draw in threads, making lotus flower open on silk, butterflies on blue water surface. Vietnamese embroiderers are more skillful than the Chinese in their use of sewing with the fine lines and their methods of mix colours….”

Hocquard , an author, said about the embroidery at the end of 19th century: “The Vietnamese embroiderers were very clever in distributing colour on silk to harmonise embroidered pieces without any contrast.”

The risen and fallen century passed by, the embroidery work was up and down but it kept the cultural character of country.

In the early 1990s of the 20 century, the silk embroidered paintings of Vietnam come over and develop to the top of embroidery art.

In face, you must hold the embroidery in your hands, feel its weight, to properly understand that thousands of tiny hand-stitches can blend together to form such authentic art.

For each embroidery artist, thread is their paint, the needle is their brush. The artist selects carefully each thread they use, and in several cases may incorporate up to 500 different types and colors of thread into each piece of art.

The paintings can take from three weeks to several months to complete, and require that the artist be not only a highly-skilled needle artist, but have the “eye”and artistic talent to accurately render the scene before them.

By means of comparison, the work of embroidery painting is more difficult than any other form of embroidery, requires much more patience than either sculpting or traditional painting do. And only in Vietnam will you find this particular embroidery technique.

Hand embroidery holds a unique place in Vietnam’s cultural history. Along with cooking and sewing, it is one of the most popular extra-curricular activities in which young high-school girls engage.

Since the 1960’s, hand embroidery painting in Vietnam has been raised to the level of an art, and many male and female are all embroidery artists. Look in on our gallery of pictures.

Embroidery paintings from World Threads are guaranteed to brighten up any home, and certainly that you will enjoy the unique and artistic value of these masterpieces.

These are some photos of Embroidery paintings: 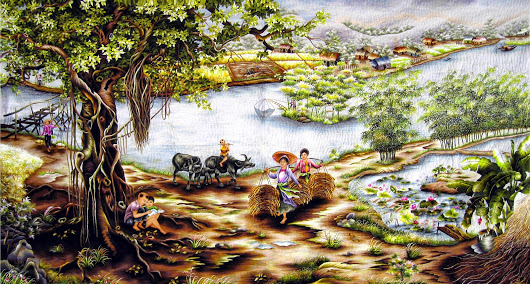