Ooty is a tourist place situated in Nilgiris district of Tamilnadu, India. It is the district capital of the Nilgiris, also known as The Blue Mountains. Nilgiris is India’s first biosphere. It has been declared as one of the 14 hotspots of the world because of its unique bio-diversity. With its district headquarters as Ooty, almost the entire district is contained within this mountain range. 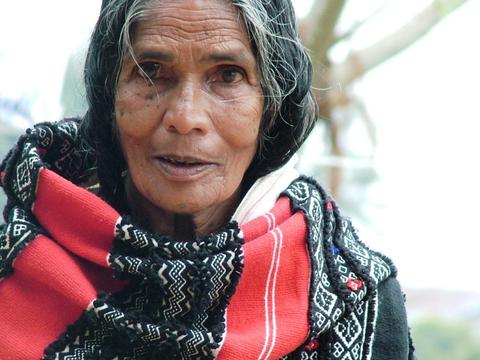 The Toda women do an aesthetically great and intricate form of embroidery on matted fabric and this form of art holds a cultural uniqueness for the community. They have their own distinctive style of embroidery called pugur (or flower). The art and skill of embroidery has been a tradition in the community. The whole artwork is based on counting. It is done on a calculation and the finished product is extremely attractive and traditional. The effort and time taken by the women to complete the same becomes a pleasure and a technique to concentrate and improve eyesight.

Toda (also called as Tudas, Tudavans, and Todar) is a primitive tribal group inhabiting the Nilgiris District. The Toda people are living only on the upper plateau of the Nilgiri hills with an average elevation of 2300 ft. at the junction of the Eastern and the Western Ghats. It has been inferred that the Toda people are not aborigines, but came probably as conquerors or immigrants from the sea.The Government of India has identified the Toda as one of the six Primitive Tribal groups of Tamil Nadu. They were primarily pastoral and with the steady decline and disappearance of the grasslands, were forced to settle down in hamlets in the upper Nilgiris region. Their sole occupation is cattle-herding and dairy-work. Current population of the Toda community is approximately 1500. 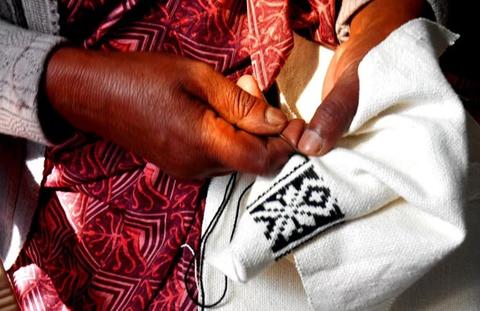 In earlier days, the Toda (women) ancestors were believed to have developed this unique embroidery style using wild flowers as a base and the skin of a wild plant as thread. Later the embroidery started getting done on matted fabrics. The embroidery has red and black bands that are spaced out, giving an embossed look with varied size loops on the design edges. The spaces in-between are filled with red designs made with red and black threads. 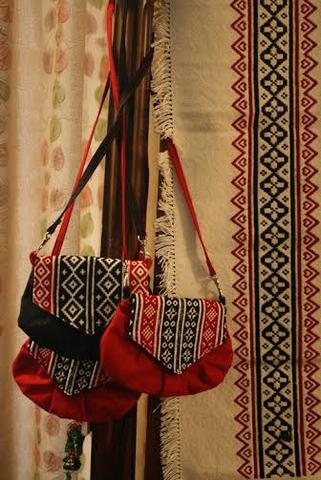 Colour of the base fabric is light cream or white. The colours of the woollen threads are red and black and blue at times. The traditional Toda embroidery does not permit any other colour except red and black. It is symbolic of their cultural beliefs: the base white indicates purity and innocence; the red depicts adolescence and youth and the black, maturity.

NGO was started in 2005 to help women who have the full-time responsibility of running a household to earn an income.

The objective was to enable these women artisans  to strive for some degree of financial freedom to enhance their self-worth and independence within the constraints of their daily routine. The exquisite embroidery in black and red on bags, bed-spreads and cushions caught the imagination of people and tourists and a niche market started developing. The success of these products which marry exquisite traditional ethnic embroidery with every-day products caught the attention of the many. Women artisans from a wide range of age groups benefit from the NGO as it gives them the opportunity to earn an income without compromising on the demands of their households.

The timings are flexible as the women artisans are able to carry out their work at home while attending to their family needs. They bring in their pieces of work when they come to the town for other errands. They are given a fair compensation for their piece based on the complexity and length immediately which motivates them to work.

The NGO started its life with just a few sewing machines in a small room. Training women to gain basic skills in hand and machine sewing was one of the first missions of the group. Women from the toda community began joining the group which sparked the idea of using their traditional talent in exclusive ethnic hand embroidery on mainstream products such as ethnic cushions and bed spreads.