In July 2008, two months after the quake, Yan launched the Qiang Embroidery Aid Project and threw herself into making the charity program a success. 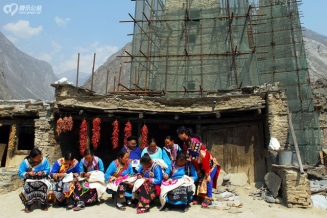 Yan selected Longxi Township in Wenchuan as the first place to conduct her program. It was a struggle at first. She and her team held an event for 400 women to tell them about the program. But although there were local government officials with them, the women did not at first believe that the team would actually pay for their embroidery work. After the event, only eight women registered for the program.
The magnitude-8.0 earthquake that struck Wenchuan, southwest China’s Sichuan Province, in May 2008, was a turning point in entrepreneur Yan Junhui’s life.

When the earthquake hit, Yan and her husband Gao Tunzi were worried about Gao’s hometown in the Aba Tibetan and Qiang Autonomous Prefecture, as it was one of the severely affected areas. The day after the disaster, they purchased medicine and supplies, and recruited volunteers from among their employees to go to the area and help out.

Shocked by the terrible disaster, Yan and Gao decided to put their business on hold and recruited more volunteers to transport another 100 tons of medicine and quake-relief supplies to the disaster areas. Meanwhile, their volunteer team established places for families to seek missing relatives.

As the quake relief went on, Yan began thinking about how she could help these people improve their lives in the future. 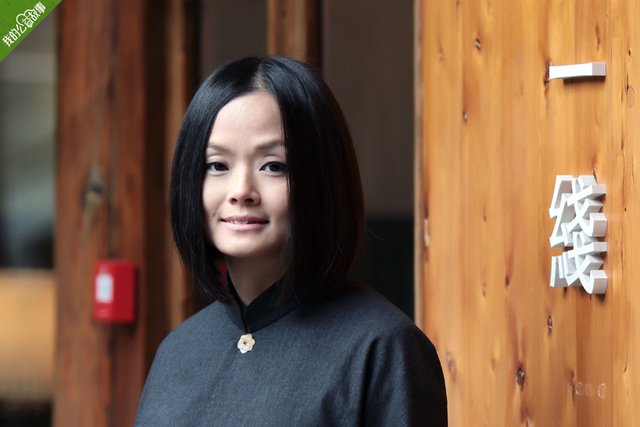 Before the earthquake, she had previously visited Aba and had been impressed with the beauty of the local Qiang embroidery. Eventually, she decided that she would help the local women create businesses selling the embroidery products they made.

Yan and her team immediately adjusted their tactic. The team members visited the embroidery workers with cash and paid them immediately after they completed their work.

However, Yan soon found that the women who had registered were all in their 50s or 60s. Later, she learned that young Qiang women were reluctant to practice embroidery as they preferred to wear modern garments.

Realizing that Qiang embroidery would die out if none of the younger generation learnt the skill, Yan established a school to train women for free in embroidery, painting, designing and the history and culture of the Qiang ethnic group.

In 2011, the flagship store of ‘One Needle, One Thread’ was established in Kuangzhai Alley, a traditional cultural street in Chengdu. The store not only sells Yan’s products, but also introduces visitors to how the women make the embroidery products under the charity aid program.

In the next several years, Yan organized an annual year-end meeting to introduce the latest Qiang embroidery products to the women, who were often surprised at seeing the diversity of products, as they had traditionally only used embroidery to decorate aprons, shoes and insoles.

The programs, training sessions and the annual meeting soon attracted a great number of young women. Currently, 70 percent of the trainees are young women.

The Qiang embroidery industry has become a major source of income for these women. Previously, the average monthly income of farming families in these areas was only 600 yuan (US$ 98). Thanks to Yan’s program, a skilled embroidery worker can earn 1,200 yuan (US$ 197) while still being able to carry out farm work and take care of their families.

The project has also expanded to villages in the Mao and Li counties in Aba, and even to Dujiangyan City in Sichuan. In the past several years, Yan’s program has trained more than 15,000 women embroidery workers of Qiang, Han and Tibetan ethnic groups, and increased the income of more than 12,000 families.

With the project developing so rapidly, Yan began thinking about creating more sales channels to sell the women’s products.

In early 2009, a social enterprise charity meeting she attended in Hong Kong inspired her to register a company and create an embroidery brand named ‘One Needle, One Thread’.

She also put together a professional design team and invited famous fashion designers and design companies to develop new embroidery products for her company. Together, they combined the traditional art form with modern elements to create products such as clothes, bedding and office supplies.