According to the Book of History or Book of Documents (Shangshu, an important ancient Chinese literature classic), the ancient monarch Shun’s clothes were different from others. There were six embroidery patterns of sun, moon, stars, mountain, dragon, five-colored insert on his upper outer garment, another six embroidery patterns of drinking vessels, algae, fire, rice and Fufu on his bottoms. This should be the earliest record about Chinese embroidery.

Embroidery was first developed by local women to decorate their clothes, pouches and bedclothes. The themes of Chinese embroidery are mainly flowers and birds. With its designs rich in life and full of colors, it has gradually developed into a national art. What’s more, China’s large production of silk has promoted the development of embroidery and brocade art 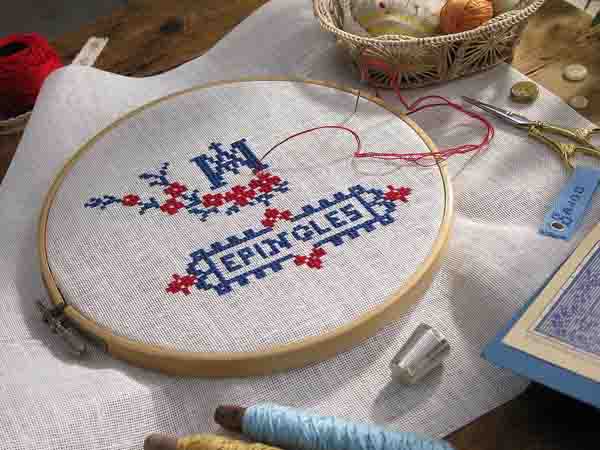 Chinese embroidery is one of the traditional Chinese handicrafts. The handicraft is that girls use the needle threaded colorful strands thread exquisite patterns and characters on cloth. Chinese embroidery has a long history in China. In ancient times, Chinese girls in towns and cities had to learn the embroidery skill at their early age, which will give them an advantage when they are going to get marry. 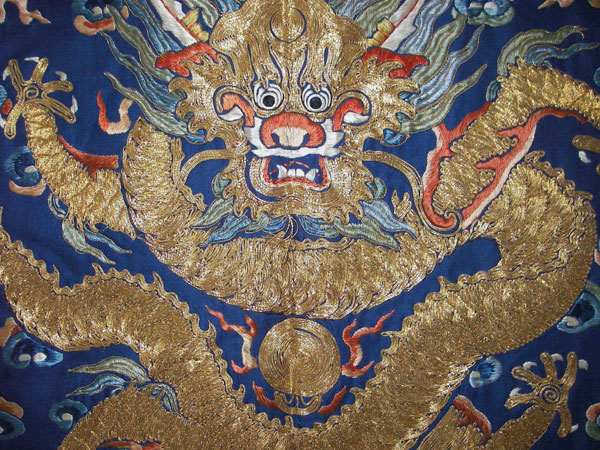 Early embroidery had the design and patterns only on one side, while the reverse side had irregular stitches and thread ends. Later the skills of the double side embroidery evolved. Both sides of embroidery can be displayed in the same design and different colors. For example, a peony design would be red one side and yellow on the opposite side.

Famous types of Chinese embroidery
The regional embroidery distinctions, embroidery commercialization and market segment have made for a classification in Chinese embroidery industry with many different categories and styles. The four most famous types of embroidery in China are from Jiangsu, Hunan, Guangdong and Sichuan Provinces. The most famous styles of brocades are Yunjin from Nanjing, Songjin from Suzhou, amd Shujin from Sichuan. There are other well known styles of brocade made by minority peoples, such as Zhuang people in Guangxi, Dong and Miao people in Guizhou, Dai people in Yunnan, and Li people in Hainan. 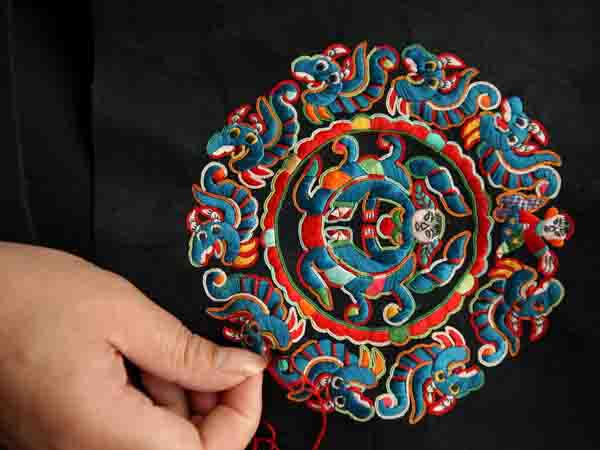 As its name indicates, Su Xiu originates and has been crafted in Suzhou, with a history of more than 2000 years. It features exquisite embroidery work, varied stitch, pretty patterns and elegant colors. The pictorial embroidery and intimating-painting embroidery of Su Xiu are world-renowned for its superb artistic value.

One of the four centers of Chinese embroidery production, Hunan has the tradition of embroidery dating back the Spring and Autumn Period (770BC – 453BC). The embroiders use the satin,organdy, nylon as the raw materials to craft Xiang Xiu embroidery works. They craft not only valuable Xiangxiu embroidery art works, but also items for daily use, such as embroidery pillowcases, embroidery mattress cover, embroidery handkerchief, embroidery tablecloth and embroidery clothes.

Chengdu has been the production center of Sichuan Embroidery since Jin Dynasty (226-420). Sichuan embroidery and Sichuan brocade are famous specialties of Sichuan. In history, Sichuan embroidery were crafted mainly for official robe, gifts, dowry, curtain, etc. Its craftsmanship is outstanding with over 100 kinds of exquisite stitch. 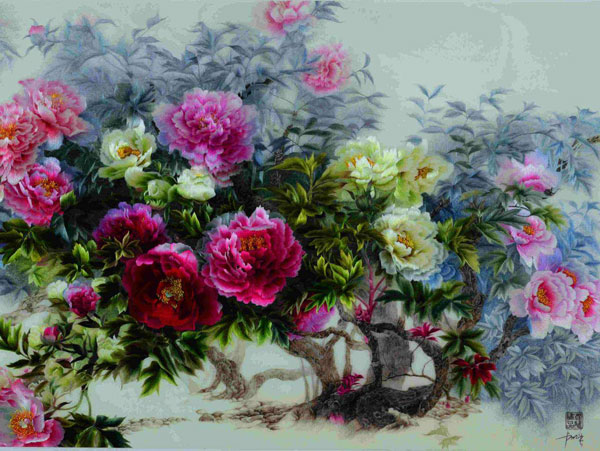 Legend has that Li minority people in Guangzhou and Chaozhou initially created Yue Xiu. One of the oldest style of Chinese embroidery, Guangdong Embroidery has five distinctive features: varied kinds of threads, a high color contrast, the gold thread sew as the contour line of embroidery patterns, complicated and gorgeous decorative motif, and male embroiders.

Chinese embroidery involves a perfect blend of fine arts, aesthetics achievements and practical uses, thus is considered as a symbol of China and a nice choice for Chinese souvenirs. When you travel in China, whether you are in a famous tourist city, or a remote minority area, you may buy some embroidery products such as simple embroidery cloth, quilt covers, pillowcases, coats, shoes, scarves or cup mats as special gifts to send your family or fiends.