Trailing far behind the U.S. was the European Union (EU) in the second position with US$3.06 billion, and Japan with US$2.52 billion, growing 5.7% and 6% against the year-ago period respectively. South Korea ranked fourth with US$2.34 billion, surging 12.2% over the same period last year. 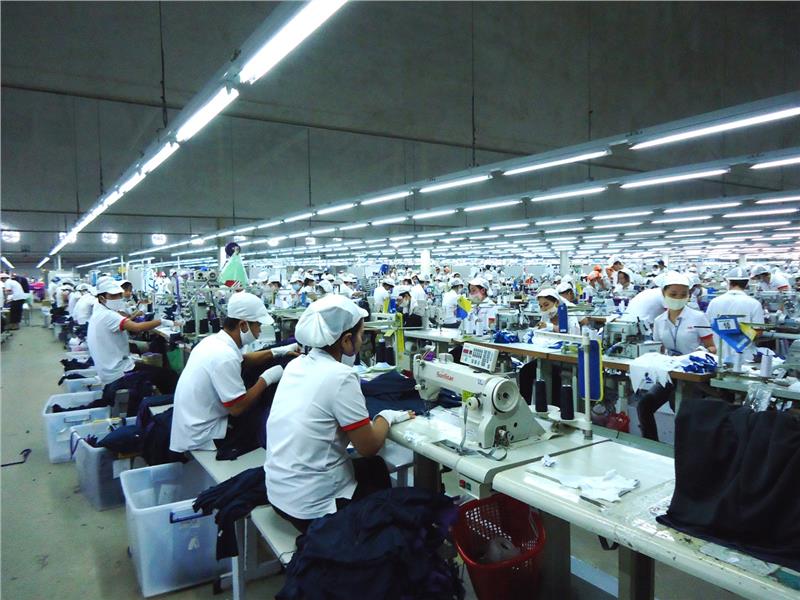 Pham Xuan Hong, chairman of the HCMC Association of Garment-Textile-Embroidery-Knitting (AGTEK), said the sector’s exports grew 10% in the year to date. The sector expects to maintain high export growth in the remaining two months to reach the target of US$30.5-31 billion set for this year, he said at Vietnam International Textile & Garment Industry Exhibition and Vietnam International Textile & Apparel Accessories Exhibition, or VTG 2017.

HCMC – The U.S. remained the biggest buyer of Vietnam’s textiles and garments, according to the General Department of Vietnam Customs.

US$10.2 billion of textiles and garments had been shipped to America in the year to end-October, nearly half of the country’s total. Vietnam exported US$21.43 billion worth of textile and garment products in January-October, up 9% year-on-year. 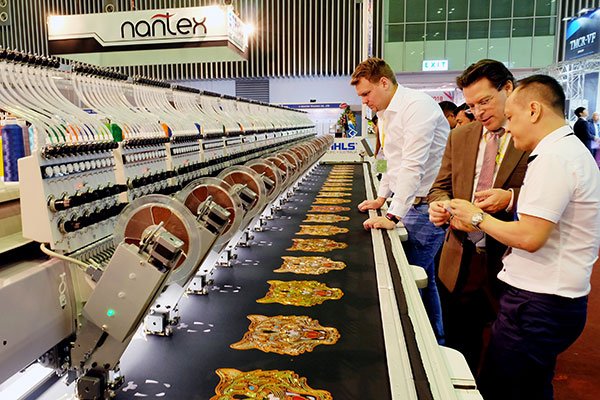 According to customs data, the target may be hard to be achieved in the rest of the year.

However, Hong said that export revenue from textiles and garments totaled US$25 billion in the ten-month period, above US$21.43 billion released by the customs.

VTG 2017, which kicked off in HCMC on November 22, will help local enterprises access modern machinery and equipment, enhancing their production capacity to meet increasing demand for textiles and garments, Hong added.

They said Vietnam could further boost shipments of textile and garment products to the EU, South Korea and Japan in the 2018-2020 period.

At the expos, which distributes machines and equipment of popular brands of Germany, the U.S. and France, said the company’s sales had grown well over the last three years. It has sold more than 60 Walz automatic printing machines in the first ten months of the year, double the figure last year.

VTG 2017, which is taking place at the Saigon Exhibition and Convention Center (SECC) in HCMC’s District 7 until this Saturday, features more than 450 booths of 400 exhibitors. They showcase their latest solutions and machines in the textile and garment sector such as sewing, textile screen printing, embroidery, and fabric dyeing machines among others.

The event also includes seminars on the impact of the Fourth Industrial Revolution, opportunities from free trade agreements, and how to keep staying ahead in the market.

Domestic enterprises have invested heavily in modern machines and technology due to stricter requirements of customers for high-quality products, said Nam.