Can ancient skill of embroidery help alleviate poverty in a remote area of China?

At the forefront is a local embroidery workers’ cooperative led by Zhang Juyue, a 20-something member of the ethnic minority with a penchant for reaching out to the wider market. Her skill in forming partnerships is bringing Qiang handcrafted embroidery wider renown and possibly greater wealth to combat poverty in the community. 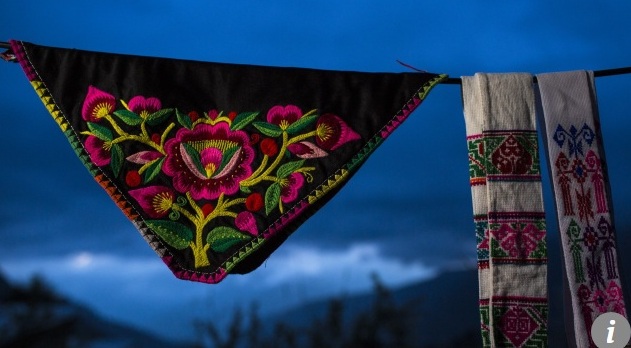 Today, however, they are working to promote their traditional embroidery as a valuable alternative income stream.

A stitch in time: can ancient skill of embroidery help alleviate poverty in a remote area of China?

In the remote mountains of China’s Sichuan province, the Qiang people had long made money from selling their distinctive hand embroidery, but mostly to tourists. The main source of income for these residents of Aba prefecture in southwestern China had been farming. 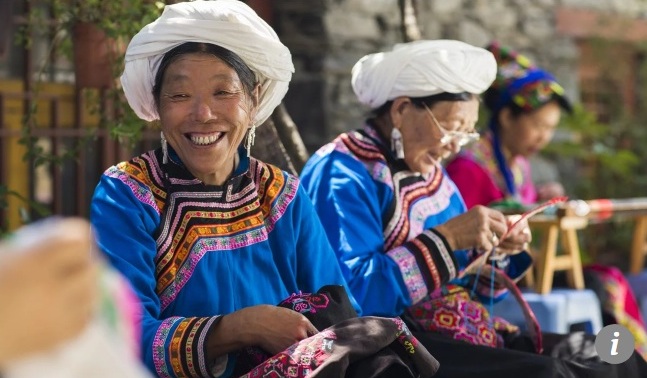 The bright handcrafted Qiang cotton and silk works have become popular with younger buyers who like to put the embroidered flower and animal patterns on clothes, bags and suitcases.

“The Qiang people have no written language, so the Qiang embroidery is carried forward only by hand and oral explanation,” Zhang said. “There are many women who can do it, but few do it well.”

Under Zhang’s watch, more than 150 traditional producers in Li county are turning Qiang embroidery into items that fit modern life, bringing in more money than residents of the area previously could from farming.

Zhang, who established the cooperative in 2014 after graduating with a degree in machine studies from a university in Sichuan, said the organisation had signed up seven villages.

She said producers usually received around 80 yuan (US$12) for each piece they made, a process that took about six hours.

By contrast, farmers in the county on average earned cash income of 2,700 yuan in the first quarter of this year, according to government statistics.

But for the Qiang women, embroidery is not just about the money.

“The most important thing is, they can’t take care of their children when searching for better pay in the cities, doing heavy manual work,” Zhang said. “But with embroidery they have an income and at the same time can stay by the kids’ side.”

Fears for the future of Qiang embroidery grew after Sichuan’s devastating 2008 earthquake, which increasingly forced people to leave the area to find work in urban centres.

Making traditional handicrafts has become a source of income for those who chose to stay, but turning the art into sustainable products for modern consumption remains a key challenge for both poverty alleviation and survival of the heritage, according to researchers and analysts.

One of her major orders is from Shanghai-based Xihan Action, an NGO dedicated to the protection and promotion of endangered traditional handicrafts.

Under an initiative in partnership with technology giant Tencent’s charity arm, Xihan Action invites people to support the embroidery producers through donations at Gongyi.qq.com.

For every contribution above 154 yuan, the donor receives a piece of Qiang embroidery. The pocket-shaped piece of denim fabric with a specific Qiang embroidery pattern is designed as an easy decoration for clothes, bags and other accessories. 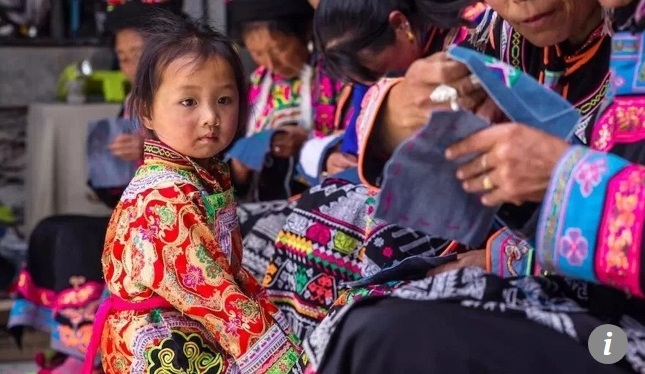 The group said the“pocket” initiative had raised more than 2.6 million yuan from more than 86,000 donors since August 2015.

“A key point in our work is re-creation – to change the way the handicrafts used to be presented and bring them into our daily life today,” Xihan Action deputy general secretary Hima Cheng said.

“In reality, most Chinese people may not even know what intangible cultural heritage we have.”

Cheng said a priority was helping local people “improve their life by this re-creation and better connect to the market, so that it becomes a sustainable cause of public good”.

“It’s not part of our brand to stress how poor those people are [and win sympathy],” she said.

Nevertheless, commercialising traditional handicrafts remains a challenging prospect, according to Wang Liduan, a professor in industrial design from the Sichuan Fine Arts Institute.

Wang said such innovation not only needed inspiration from artists, but also support from the government, corporations and the media.

The professor’s team has made more than 300 products based on traditional handicrafts in Sichuan since 2014.

Despite wide acclaim and interest in the work at home and abroad, the team’s products have remained for display only. Moreover, only a few items have been sold since they were exhibited across China and Europe.

A vase made of traditional lost-wax copper alloy casting was sold for 50,000 yuan, the biggest sale among the transactions, he said. Although local manufacturers could produce these items, few have shown interest.

“We need to better combine such an item with modernised design and material, and more important, to make it usable in contemporary context,” Wang said.